In Case You Missed It: Our Reality TV Debut on BBC’s ‘Almost Royal’!

Monday night was the night of our official reality TV debut on BBC’s “Almost Royal”! On the episode entitled “Romance,” I got the chance to give British royalty, Georgie and Poppy Carlton, a few pointers on American dating.

In case you missed it, you can now stream our episode ONLINE with your television provider! See what Georgie does at the end of our “mock dating session” that makes me get up and walk out!! Click here to watch now!!

Enjoy these snippets from the show! 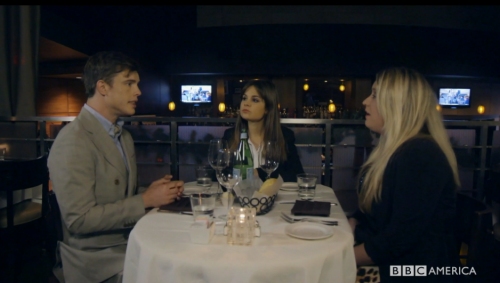 Comments Off on In Case You Missed It: Our Reality TV Debut on BBC’s ‘Almost Royal’!