Last week we were excited to announce our sensational debut on BBC’s original series, “Almost Royal” next Monday, January 25th at 11:30 PM EST. Well, it just keeps getting better! 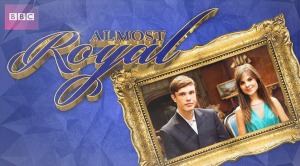 The episode 4 premiere, entitled “Romance,” is generating a lot of buzz! This will be a night you don’t want to miss! Watch as I show British Royalty, Georgie and Poppy Carlton, the ropes to American dating!

Feel free to spread the word!

Watch live & join the conversation via twitter to @datingjungleFL to win prizes!

Prizes:
Tune in during the live show and see what Georgie does at the end of our “mock dating session” that makes me get up and walk out!!

Email the answer, along with your name and address to: datingjungle@icloud.com.

If you submit the correct answer you will recieve a FREE autographed copy of one of the books in the “Dating Jungle Series” shipped right to you!!